Skip to content
DOCTOR STRANGE In The Multiverse Of Madness Pos...

Doctor Strange In The Multiverse Of Madness has a major post-credits scene that teases some big things in the future of the MCU. In it, we get Clea and present danger as we learn that Stephen has caused an incursion. 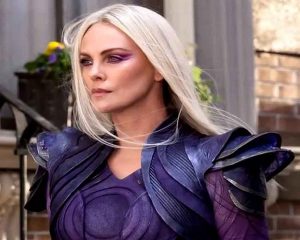 This is a major thing in the Marvel Universe and it’s all leading toward Secret Wars. Throughout this, we’re gonna be breaking down what that is, along with the mystery character, and what we think could be happening down the line.

Full spoilers ahead so click away now if you haven’t seen it yet!

Now there are two endings to the film. The first one is where we watch Strange walking down the street before he collapses and an eye shoots open in the middle of his forehead. This would be a big cliffhanger to end things on however the post-credits scene follows him once more walking down the street and everything seems fine. It is possible that this is actually a variant strange but the world around them looks exactly like New York so I do believe it’s the main one from the MCU.

At this point he’s approached by Clea played by Charlize Theron and it confirms a FAST AND THE FURIOUS CROSSOVER.

She says that Strange has caused an incursion and that they’re gonna fix it.

What is an Incursion?

Now throughout the movie we’ve heard the word incursion at several points. In it, we learned of two Doctor Stranges that both caused one and the repercussions of this. The first was Supreme Strange, founder of the Illuminati who had been using the Darkhold to dream walk into other worlds.

In the film, we discover that dreams are actually versions of ourselves living out their lives in the multiverse. Therefore dream walking allows you to astral project into these other realities where you can take control.

Through Wanda, we see that this allows someone to puppet a variant of themselves in another universe but stay too long and it has disastrous effects.

If someone stays in an alternate reality too long it causes the one they’re from to bleed together with the one they’re now in and if they stay too long and leave too big of a mark then this can be irreversible. This is how America is able to travel from universe to universe and stay in the 616 at the end because she’s the only version of herself that exists across the entire multiverse. It’s also why Doctor Strange and Christine can’t be together at the end because they’re from different realities.

Now Supreme Strange did this and the Illuminati killed him in order to stop the bleed.

This saved their universe but we meet another Strange who wasn’t killed and the incursion he caused destroyed an entire reality along with most of his.

Incursions are a big deal and in the comics we watched several of them happen in the storyline time runs out. Several worlds hurtled toward each other on a path of destruction and the heroes had to fight their opposites on the world that was at risk of destroying theirs. If they won they were safe, however, if they lost then their entire reality was wiped out and those characters ceased to exist. It was a major event and it led to almost every earth going head to head. However, with these constant worlds crashing into each other it eventually led to the collapse of the entire multiverse which went into Secret Wars.

This was somewhat brought up by He Who Remains in Loki.

Secret Wars from 2015 is not to be confused with the one from 1984 (in which Spider-man got his black suit) though some of the characters do tie over from that major event. In it, the world was turned into a reality known as Battleworld with all the continents being basically their own characters from their own realities. Here’s a helpful map with all the locations like number 7, spider-island which is also a real place which according to Karl Pilkington is where the spiders have taken over. 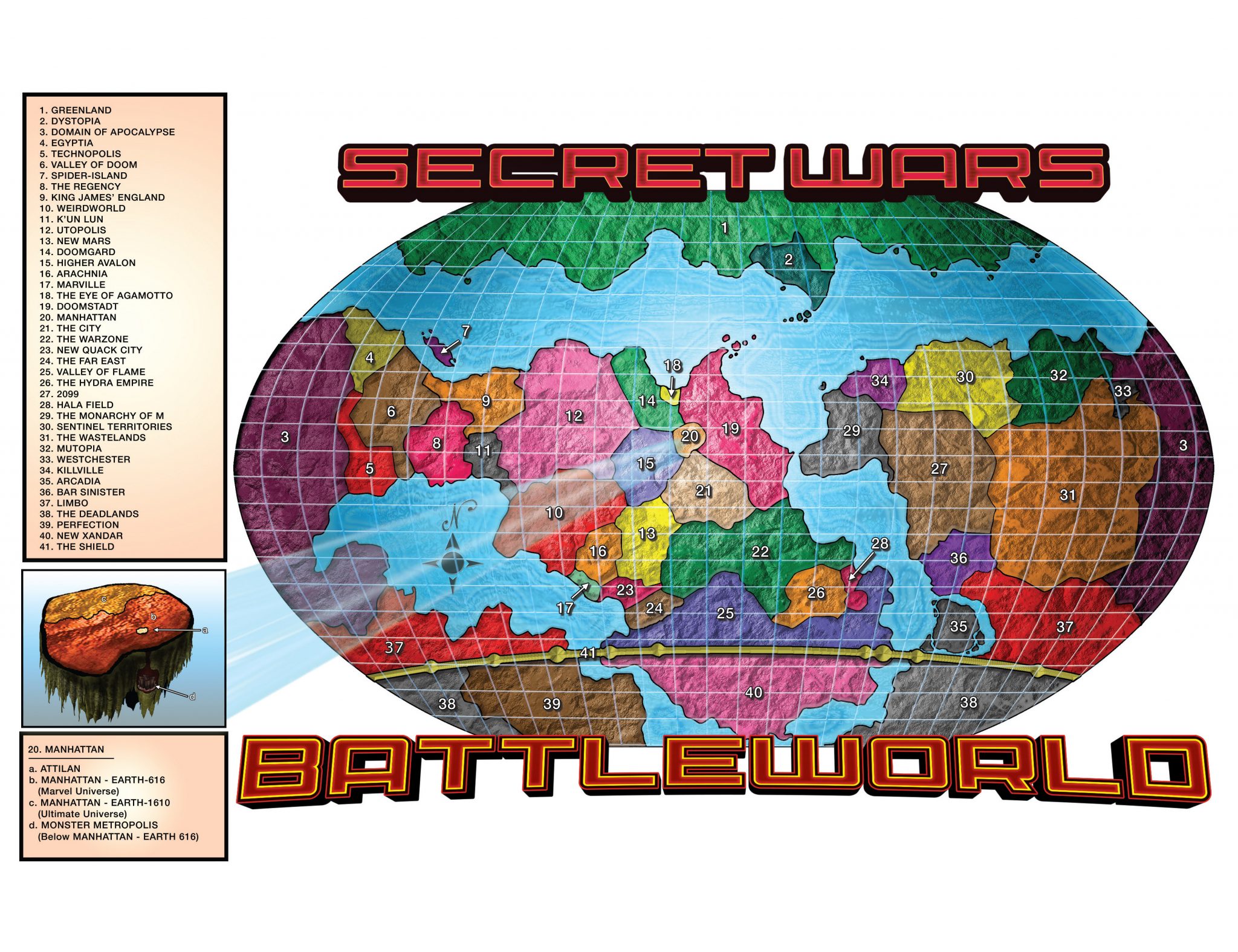 Anyway, Doom oversaw this reality and he was viewed as a God that all worshipped. There were still several wars that happened on this planet, some major deaths and it was hell on Earth. However, in the end, everything was destroyed and this created a new timeline or rather new earth in which several of the characters from the expanded universes were brought into the main one. Miles Morales for example had been a character made purely for the ultimate comics but this event allowed him to cross over onto the prime Earth so that he could interact with the characters from it. I feel like rather than Doom that they’re instead gonna have Kang at the heart of this and that he will be the one ruling over it all.

This will end with one of his variants defeating him who will become He Who Remains and the cycle will start all over again as was prophecised by the character at the end of Loki. This explains how he had the script with everything in it and it will once more lead to a choice. He can either remain in charge, hand over control to Loki and Sylvie or die and the multiverse will break open once more starting the whole thing over again.

Strange was told multiple times not to use the Darkhold to dream walk but the guy didn’t really care.

So the 616 Strange causing an incursion is pretty big but this post-credits scene is important because we watch him running towards the danger instead of away from it.

With Clea at his side he stands a chance but who is she, what are her hopes? Her dreams?

Clea is the daughter of Prince Orini and Umar who just so happens to be the sister of Dormammu. Together they lived in the dark dimension and they worshipped the villain, seeing him as a God. 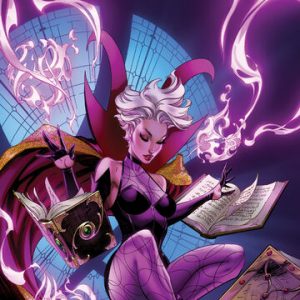 Clea even ended up becoming the Sorcerer Supreme of that reality and the reality tear she opens up leads directly there. Strange, of course, defeated Dormammu at the end of his first solo film and it’s likely that those in it would know who he was. It is possible that he even caused an incursion all the way back then as he spent a vast amount of time in the dimension due to the time stone. It’s a lot of timey wimey wibbly wobbly stuff that I’m not 100% sure on but I thought I’d drop that in to explain why they go there.

It is also important to bear in mind that Dormammu is still alive so we will potentially meet him once more in this reality. I discussed this in the last video but just to go over it again, there are theories that Dormammu is actually a strange variant.

He was originally supposed to be voiced by Tony Todd but they changed this up in the movie to make it so that Benedict Cumberbatch did the performance. This was said at the time to be because Dormammu took on his attributes due to him being the only life form around but they could go that route if they really want to.

If they do this then I doubt they’re gonna make her Dormammus niece because Strange and Clea actually end up married. 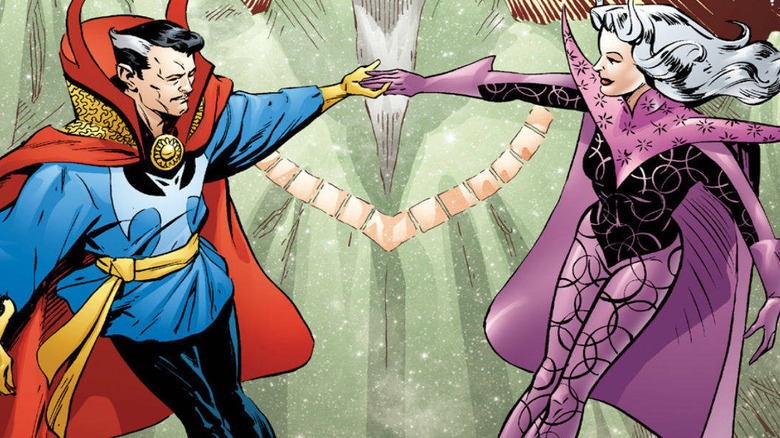 Also Dormammu is pretty much Andross whereas Clea looks like a normal person, so meh, doubt they will go that route. Now unlike Christine, the pair can date without causing an incursion and this is because she can travel realities without dream walking. So they could end up dating down the line and that would help him get over Christine who’s now married to a number 1 Doctor Strange fan.

In the comics, the Ancient One became aware of Dormammu’s plans to take over Earth and she sent strange to investigate. Here Clea spotted him and she followed him, taking a shine to the guy. She tried to get Strange to avoid fighting him and when he refused Dormammu imprisoned her.

I can see this being sort of what they do in the films and potentially when Strange entered the Dark Dimension she may have seen him.

Eventually, she was freed and they ended up working together. Now we know from the conversation at the end that Clea wants Strange to help fix an incursion. I love the way that this Strange has learned from the mistakes of the other two and that he’s heading towards it instead of letting himself die or a universe be destroyed.

Now the third eye opening up could also show he’s mastered his corruption or it may hint he’s toying with it too much. The Illuminati did say that their Strange refused to stop dream walking which caused a lot of issues. The third eye is also something that’s appeared in the comics and it’s shown up when Strange was corrupted.

Now because all the Darkholds were destroyed there is potential that Strange managed to get it under control and that might be why it doesn’t really seem to be affecting him here.

What’s Next for Strange?

Lots of interesting ways that they can take things and I think that the next Doctor Strange film will set up more of Secret Wars.

There are rumours that a lot of cameos and moments were originally planned for this film but that they held things back. I’m guessing that they didn’t wanna blow their load first film and have saved some cameos for down the line when we get more multiverse movies.

This current phase in the MCU seems all about bringing in variants so my guess is that we will build towards Secret Wars with Kang at the centre of it.

This guy is a time traveller from the future who has constantly tried to rule the world and he’s such a great villain to build up to.

Now beyond Clea, we might actually get somewhat of a Multiverse Teamup movie like what we had in What If. Just in the same way that The Watcher and Strange Supreme ended up recruiting heroes from across the different timelines, Clea might be too.

She could be a Nick Fury-esque figure that unites them all together and it would mean that we can get different versions of characters like what we have had in the shows and phase 4.

They could end up getting Loki as well who we last left looking over a statue of Kang. Going forward I think we’re gonna see some universes destroyed, preferably the Morbius one. Now Sony is clearly ignoring the rules of the incursions as Michael Keaton’s Vulture is allowed to run around scott-free but we’ll see if they change that up for the highly anticipated El-Muerto movie.

Everything needs to be brought together back into a sacred timeline which is where things will be going in the future. It’ll all start all over again and we can watch the MCU for another 20 years. Yaaaa.

Go and read Secret Wars, but buy beyond just the graphic novel. Get them expanded stories otherwise, you’ll have no idea what’s going on. I read the book two times without checking out the off-shoots and it made no sense. So do it.

The final post-credits scene has Pizza Poppa’s hand finally stop attacking him which is of course a nod to the Evil Dead.

I’d of course love to hear your thoughts so make sure you comment below and let me know you punk.