Skip to content
DOCTOR STRANGE In The Multiverse Of Madness Cut...

Doctor Strange in the Multiverse of Madness came to Disney+ in June. We’re now at the point where we’re leaking things about movies after they’ve been released! Since discussing our Daniel Craig Balder The Brave and Mordo scoop last week we’ve been featured in comicbook.com, New Rockstars, MCU Direct, the bloody lot of them.

After this week’s Weekly Planet discussing more of the cameos that were cut from Multiverse Of Madness I thought I’d talk about what I’d heard was originally been in the film.

Now I think a lot of this stuff was removed for the pandemic or just to keep the movie more streamlined. Either way, as we reported over the weekend Daniel Craig was originally supposed to be in the film and he was then later replaced in reshoots with John Krasinski. Deadline’s Justin Kroll stated that he was originally meant to be Reed Richards and that Craig ended up pulling out because of Covid risks which meant that he would potentially bring the virus back to his family after just a couple of days of shooting.

Kroll has a really good reputation and I don’t think the guy would make stuff up or lie but I do think that things kinda got lost in the shuffle a bit.

I actually heard last year that Craig was going to be playing Balder The Brave aka Thor’s Half Brother in the comics. Slashfilm reported that Craig was actually in the running to play Thor all the way back in 2008 but they stated that he turned down the role. 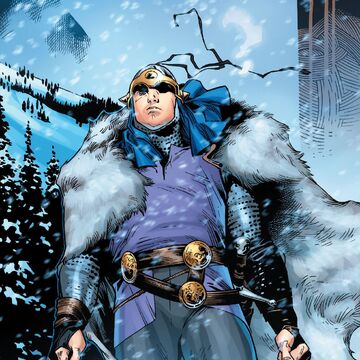 This article from way back when goes over why he stepped back from the project and it paints the idea that he could’ve been a Norse god.

Craig, of course, played James Bond and potentially he didn’t wanna do two franchise characters, especially as Marvel Studios hadn’t really made a name for themselves then. They were just coming off the back of Iron Man and it would be years before they established themselves as the biggest franchise in Hollywood.

So Craig coming back as Balder makes way more sense and it shows a sort of What If over what could’ve been. This is similar to the Tom Cruise rumours and they really picked up steam because he was originally who would’ve played Tony Stark. Really nice casting to me and I think Balder would’ve been great to have been in the movie, especially with Craig playing the role. If I’m wrong and he was Reed then I actually do prefer Krasinski over him and potentially this could show that Marvel has made up their mind on him playing the character in the 616.

I don’t see why they’d bring in a completely different character if they didn’t want him specifically for Reed but let me know below what you think.

Now as for how I heard Balder went out, I was told he was talked into ending his own life by Wanda which is what started the fight. In the final cut, it was Black Bolt who died first after he blew his own mind and she then moved over to Reed.

Now Olsen actually revealed that she’d never met Krasinski before and I think this confirms that he was a replacement in the reshoots. I talked about this recently over at the Agents Of Fandom Podcast and Josh from Den Of Nerds brought up that it looks like Krasinski was just green-screened into all the footage. He said that he thinks Marvel made it as easy as they could for him and just let him probably film the stuff either in his home or near it and that they just dropped this into the scene.

Not sure how it works yeah but something to bear in mind when you watch this stuff.

The Weekly Planet released an episode on Monday in which they discussed the things that they’d been sent. I actually got told this recently as well but I didn’t report on it as I didn’t wanna seem mental so blame them, blame them if Micky comes round with the goons to tell you to stop watching this.

They also said that Michael Fassbender was going to show up as Magneto at one point and according to their source this was filmed. It’s something that MyTimeToShineHello also discussed and I had heard that his scenes were in the film but they were later removed as the X-men plan hasn’t fully been nailed down yet. I would’ve loved to have seen him pop up but perhaps with Patrick Stewart appearing as well it just kinda muddied things a bit and had people questioning why X isn’t using the anti-ageing cream that M is.

There’s also the fact that in the comics, Magneto is Wanda’s father. Ian Mckellan actually made a post the other day talking about Wanda being his daughter. Magneto is in my top 3 villains in comics and though I would’ve loved to have seen him in the film I can see why he was cut from it. This movie really has no fat and I think that Marvel Studios in the end probably wanted to keep the focus on the characters rather than the cameos. 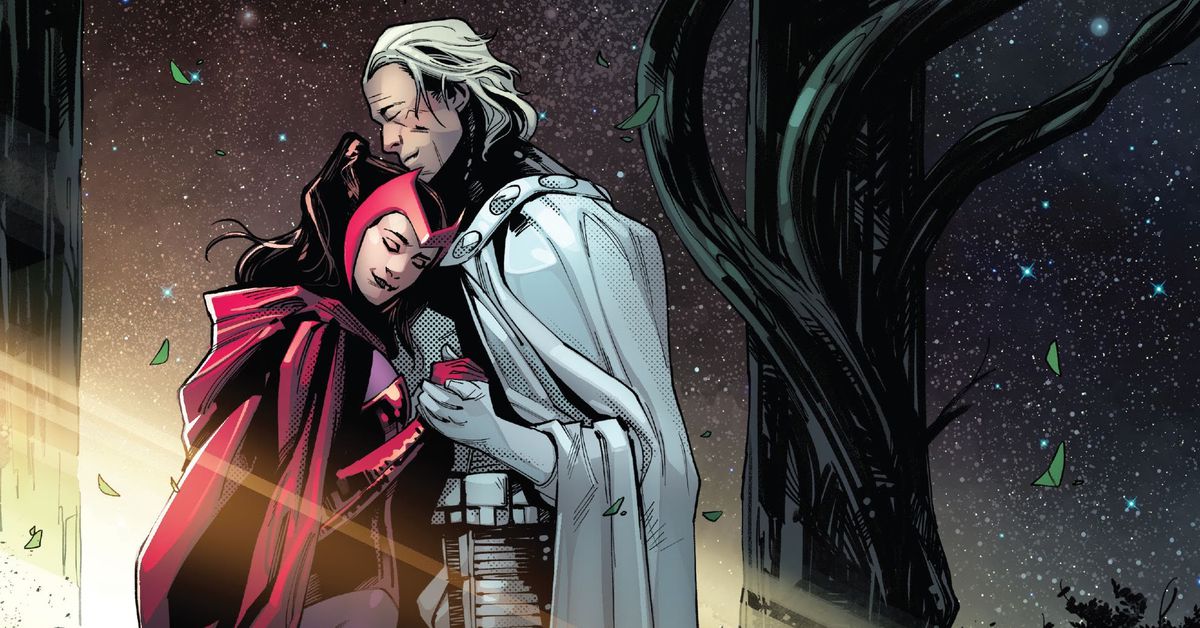 A lot of expectation around comic book movies like this seems to be purely on the cameos rather than the story so potentially they wanted to keep perception a certain way so that people’s expectations going into these films aren’t who’s going to be popping up.

On top of this James and Maso also discussed a Ghost Rider cameo that was supposed to be in the film. They stated that he was part of the Illuminati but I heard slightly different info.

Not calling them liars mate, calm down.

Anyway, I heard that there was gonna be a fight between him and Wanda but that this would take place in another location away from the Illuminati headquarters. At one point in the movie, we do see America and Strange pass through several worlds, one of which is a hellscape with Skeletons climbing up walls and bones littering the floor.

This is like it’s been ripped out of a Mortal Kombat fighting arena and I think this kind of area would’ve been the perfect place to have them face off against each other but I don’t know, I don’t know mate calm down.

Now I’m not sure who would’ve played him but potentially this could’ve been Nick Cage or they might have linked it back to Agents of Shield. Also could’ve potentially just been a fully CGI character but hopefully, we get more details on this as time goes on.

They then went on to discuss a cameo that we talked about in our last plot leak. This cameo itself turned out to be untrue but the rest of the video lined up heavily with what we got in the end so it makes me think that there was indeed a plan in place to either shoot this scene or that it was at least discussed at some point.

Those Weekly Wakadadoos mentioned that Ryan Reynolds was going to appear as Deadpool in the final cut of the movie and that he would show up in the post-credits scene after breaking through one of the multiversal doorways at Illuminati Headquarters.

The Door Between Worlds

Going back to the 838 scenes we watched as the 616 ended up letting go of the control she had over the one in that universe. She then jumped back into the gap junction doorway but she left it open meaning that there could be a way to travel into the 838 universes. 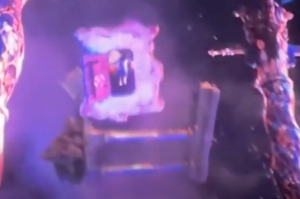 This door was previously only accessible to those with the watch key but now anyone who makes it into the gap junction can potentially also travel into this room.

Potentially this could cause an incursion itself as the gap junction might even start to bleed into the 838 reality. There are a lot of fan theories that the 616 and 838 universes might end up being pulled together in an incursion and that this would lead to a multiversal war between the two realities as they fight to survive.

I think this would be great and currently, there’s a lot of talk on Twitter that this could be a way Marvel could do Avengers Vs X-men. You’d have the 838 X-men vs The Avengers from the 616 and ey, I wouldn’t be mad if that’s how it went down. 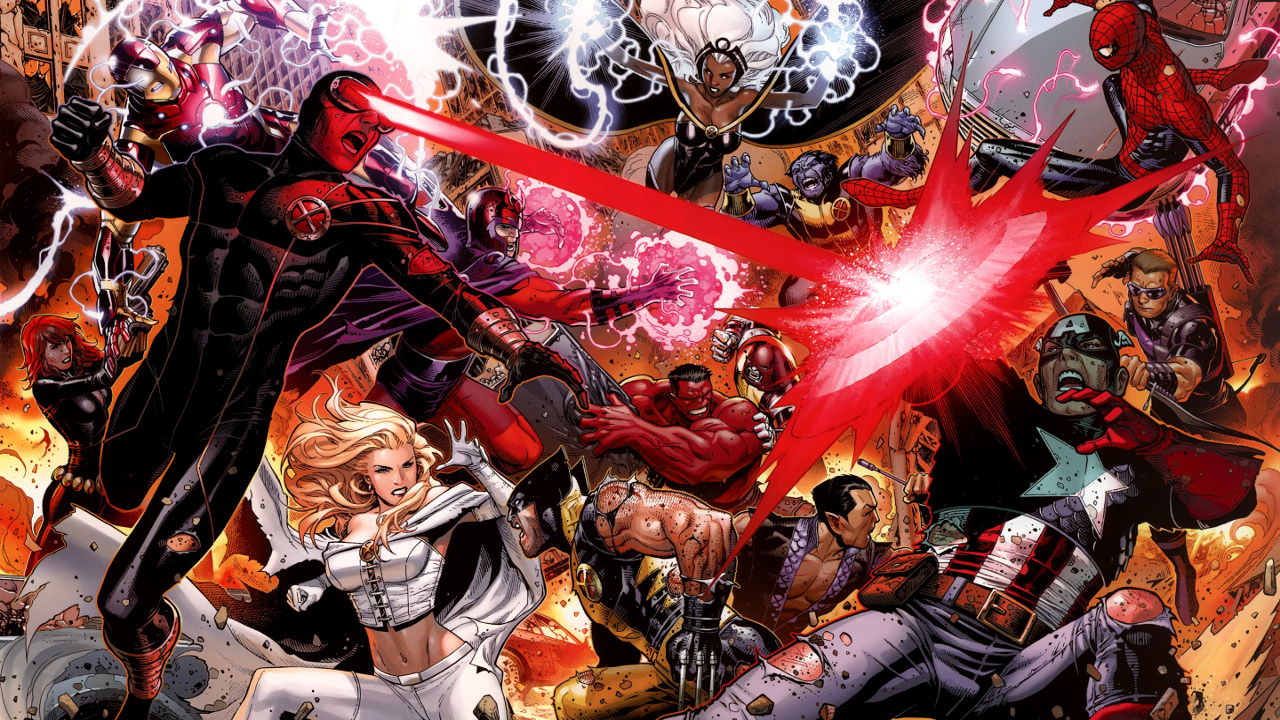 Other things we know from what’s been released in the movie is that we were going to meet Defender Wong in the 838 universes and this may have happened at the Sanctorum.

I also have a leaked scene that I can’t really talk about because I’d get in trouble but let’s say there was a moment in Morbius of Madness that would’ve blown the roof off at theatres around the…oh crap..it’s leaking.

There was the final chair at the Illuminati Headquarters that never got filled. Though this was said to belong to Supreme Strange, Mordo ends up taking his seat and Michael Waldron actually addressed this mystery with the Hollywood reporter.

He said that they want to leave it open for the future and did actually joke that someone on set just put an extra chair in there by accident. I do think that this originally had a member in it and then Marvel just decided to tease more things for this Universe down the line. Potentially this was Balder or maybe even Namor who was meant to be in the lineup but Feige decided that he should be kept back so that his debut could be in Black Panther 2.

Personally, I think it belonged to Kevin Spoilers and it’s not like I’ve not talked enough s**t in this video for that to be the case.

I’m glad that someone came out before me and said all this stuff because I’ve been sitting on this for a while like ‘should I talk about this? Am I mental?’

Always nice when someone jumps on the grenade for you first and definitely go check out the other channels and websites I mentioned in this video as they’ll probably have more than I do. You might even end up Tom Cruising for a bruising but in the meantime let me know below which cameo you would’ve wanted to see the most.