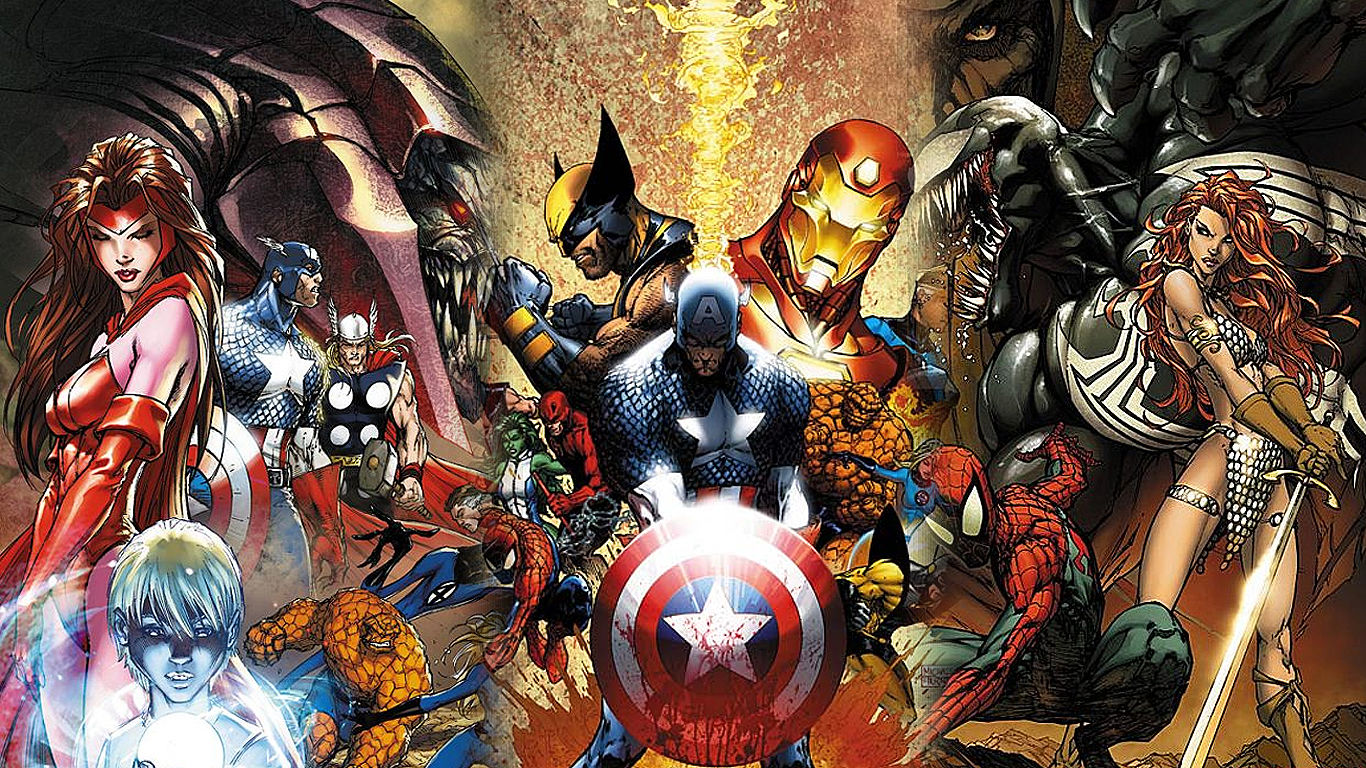 Civil War is a graphic novel that carries a certain historical significance for comic books. The storyline went on to influence a billion-dollar movie, several animated series, and many mobile games. It’s clear that it has a legacy that precedes it and yet, up until now I’d never read it.

I don’t know if it was the sheer weight of the storyline (which runs across 120 issues) or the fact that I didn’t want it to tar one of my favourite Marvel Movies, but now I know that it’s time to bite the bullet and dive right in.

Throughout this review, I will be covering the entire story in full detail so there will be heavy spoilers. I definitely recommend that you skip to the score for now if you haven’t read it but those who don’t mind a spoiler here or there should read right on.

With that out the way let’s dive into my review of Civil War!

When a battle between a group of supervillains and wannabe heroes goes terribly wrong, the Marvel Universe is split to the very core. Due to the lack of policing on those with powers, America calls for a reform on the law that will force all Superheroes to register their true identities and work for the government.

It causes a huge divide amongst all of the Marvel cast of characters and I was instantly gripped from the introductory chapter. From the nuclear bomb in Philadelphia to the heroes debating the pros and cons of the registration, every moment feels impactful and consequential. Early on divides are created and many readers will jump from side to side depending on which perspective is portrayed.

Captain America goes rogue by issue 2 and the book wastes no time in getting to the war. It’s the perfect way to start the storyline and I think most readers will be instantly invested in the graphic novel because of the stakes it puts in place early on.

I Fought The Law And The Law Won

When the registration act becomes law, those who refuse to register find themselves on the opposite side of it. A resistance is formed by some, whilst others become fully compliant.

One of those conformists to the new rules and regulations is Spider-man who reveals his true identity at a press conference. It’s the book’s first big reveal and one that solidifies it instantly as a groundbreaker.

In contrast to this, the rebellion must concoct their own brand new secret identities in order to hide from the clutches of Tony Stark. It’s a smart move to have the opposite sides both be at other ends of the scale morally/in identity and the creative team should definitely be commended for this ingenuity.

It highlights how compliant people will be because something is labeled legal and it’s easy to draw comparisons to the holocaust etc that were all carried out because the Government said so. It comes to a boiling point when Iron-Man finally confronts Cap and the resistance and we get an outstanding battle between both sides that completely rocks the story by the halfway point.

The Death Of Goliath

In a desperate attempt to balance out the battle, Stark recruits from the pool of supervillains in the Marvel Universe and as a reader I was left wondering if the compromises he had to make were worth the destruction on his morals.

Spider-Man is put at odds because of this and becomes a fugitive himself which really makes you become invested in Team Cap and the gang. His arrival happens at just the right time as Iron-Man and co track down Cap and begin their final battle.

The two sides first face off in the negative zone before taking the battle to the Big Apple. It’s a pretty epic conclusion that sees all of the heroes from the Marvel Universe fighting head to head against one another.

It throws a few curveballs that I wasn’t expecting and has an ending that showcases why Captain America is the real hero that the Marvel Universe needs.

It’s a classic conclusion and one that completely pulled the rug out from under my feet but felt like the most logical step for the storyline to take.

In all honesty I don’t feel like Civil War managed to surpass its movie counterpart in my opinion. However, it’s still an astounding piece of work that feels like it delivers on its promise of turning the Marvel Universe in on its head. Allegiances are formed and broken and every page feels like it has consequences.

Whilst there are some failings it still does a hell of a lot more than good and that’s why it gets an..