Transformers are back in a big bad way with one of the biggest movies of The Christmas Holidays. The Bumblebee movie has some nice plot progression for the universe and throughout this article I will be breaking down everything that you need to know about the film and it’s ending.

There will be heavy spoilers so if you’re yet to see the film then I highly suggest that you turn off now as there is a lot in there for fans of the franchise.

For everyone else, I’m Deffinition and Welcome To The Website Where I ruin it so you don’t have to.

We open on the war for Cybertron with the Autobots facing off against the Decepticons. This much brighter approach to character design immediately had me and I loved seeing Soundwave in his actual 80s look. During the conflict, Optimus Prime decides that the Autobots must leave the planet to find refuge from the war. Optimus stays behind and tasks B127, aka Bumblebee, with heading to Earth to find solitude, stating that they will all reunite soon.

We then join Agent Burns, played by John Cena who witnesses Bumblebee crash land on the planet during a training exercise that injures many officers. Burns comes face to face with Bumblebee who is then ambushed by Blitzwing, disguised as a jet.

Blitzwing and the rest of the Decepticons are attempting to find out where the Autobots are regrouping and he battles it out with the character who rips out Bumblebee’s voicebox in an awesome exchange.

Bee counter attacks this by pulling some missiles from Scream’s armour which blows him up. However, Bee is heavily damaged in the process and falls down the mountain. Thus losing his memory core and other key functions. He winds up near some people and turns himself into a car so that he can shut down and hide safely.

We are then introduced to Charlie, who is your typical 80s tomboy. Due to her father passing away she feels alienated from her family. Charlie spends most of the spare time working on the car her and her dad owned before his heart attack passed and this keeps her mind occupied. She works are her Uncle Frank’s Scrapyard which is where she discovers the Yellow Beetle that Bumblebee is currently disguised as.

After turning the car on emits a signal which goes into space. We travel interstellar to see that the Decepticons have cornered Cliff Jumper. As he refuses to talk, they kill him and then pick up on Bees signal which leads them to Earth. 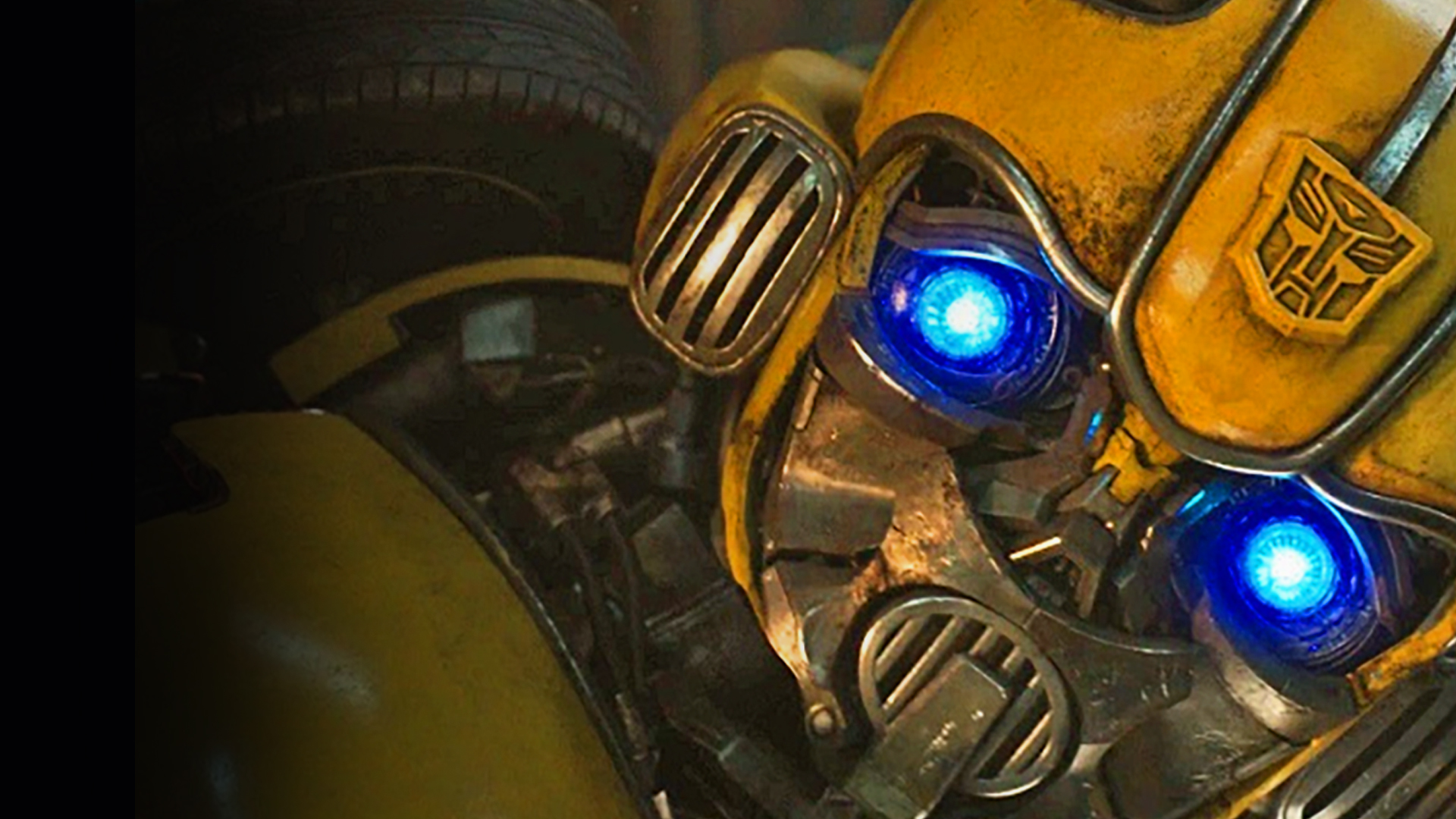 We return to Charlie telling her Mum she really wants a car for her birthday which just so happens to be the next day. Her mother states she can’t afford it and this causes Charlie to go to Franks where the two make a deal that if Charlie can fix the beetle, she can keep it.

Bee is so dirty he actually has one under his bonnet (excuse the pun) but Charlie doesn’t care and begins working on him.

Shatter and Dropkick land on Earth and meet with Burns and the army. As Burns is still…burnt (excuse the pun) from the first encounter he is very distrusting. The Decepticons convince him that they are tracking criminals from their home and are given access to telephones, satellites and more.

We cut back to Charlie working on Bee in her garage where she discovers his true nature.

Charlie names him BumbleBEE but not because of the bees under his bonnet or even his colour but because of the buzzing type noise he makes when he can’t talk without his voice box. Charlie fixes his voice using a radio similar to the first film.

Bee slowly adjusts to Earth as Charlie begins dating a boy she has a crush on. Bee, left alone accidentally trashes the house and triggers an Energon Charge that alerts the Decepticon scanners and both Decepticons track down the source.

The Creation Of The Internet

By this point the Decepticons have basically made us the internet and whilst Agent Burns doesn’t agree
with it he realises that he may be able to get revenge on Bumblebee.

He and the army track Bee down and stop Charlie, her boy and Bee with a roadblock. Charlie insists that Bee doesn’t fight back to show that he isn’t dangerous but the Army take him down with high voltage guns which too electrifies Charlie when she attempts to save Bee. She is knocked out by the charge and wakes up in her trashed house to a very confused Mother. Charlie explains that since losing her dad she has been lonely, her Mother enraged by this screams that she doesn’t get to make a replacement for her Father. It’s a really touching moment that shows just how damaged both her and her Mother is by the loss and is something that will definitely stick with viewers.

Eventually her Mother does the right thing and creates a diversion between Charlie and the army which allows the Girl to go and rescue her friend.

Charlie discovers Bee being tortured by the Decepitcons and they find the message from Optimus which reveals that they are meeting on Earth.

The Decepticons rush to a radio tower to signal their kind to come to Earth and wipe out the planet, they kill Bee and a Scientist who overhears their plot. 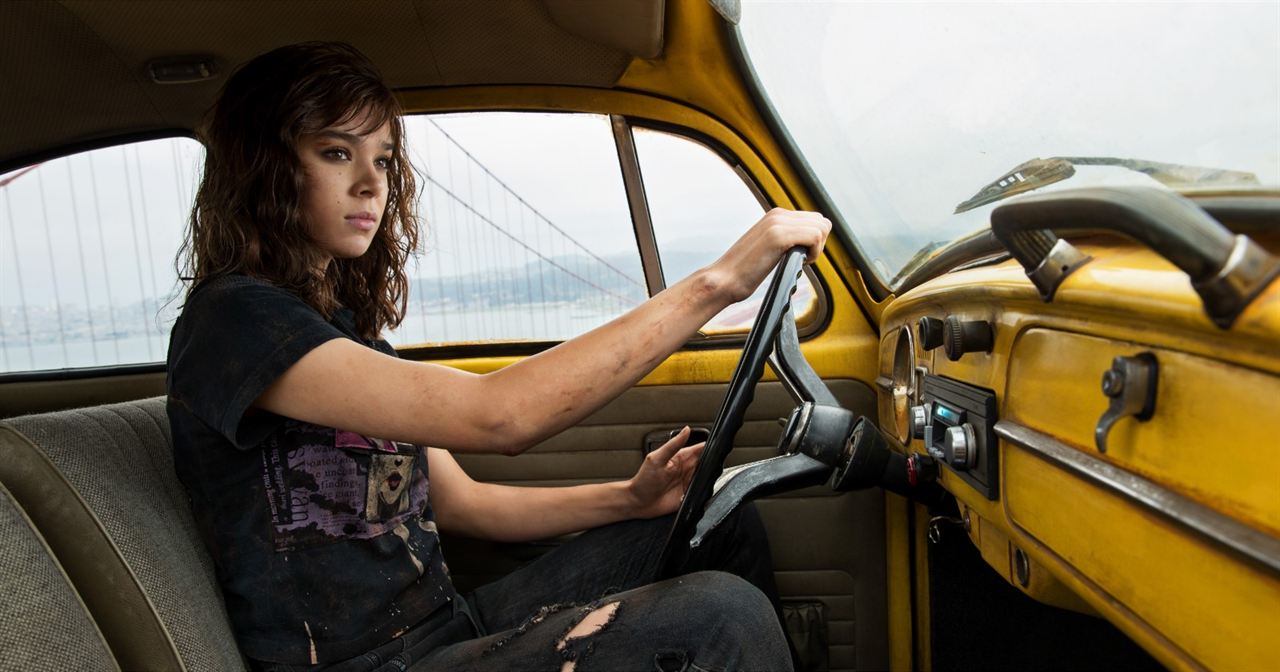 Charlie revives Bee using high voltage guns from earlier which brings him back to life. Bee takes down one of the Decepticons whilst Charlie climbs the tower to disable it. In the battle Bee saves Burns from a crashing helicopter and Burns finally realises that he’s been fighting for the wrong side. The area becomes flooded during the fight and Bee defeats the other Decepticon.

Bee and Charlie flee the area with Burns distracting the army in order to buy them more time. BB and Charlie arrive at the Golden Gate Bridge and the two decide to part ways as Bee has bigger things that Charlie cannot hold him back from. We see Bee change into a better car and drives over the bridge. Eagle Eyed viewers will notice that a truck drives alongside him that looks exactly like Optimus Primes and it’s clear that the two are reunited when the two exchange words at the end. Optimus thanks B127 for all his hard work which is then Bumblebee who has finally mastered his voicebox states his name is now Bumblebee.

The other Autobots land on Earth and we watch as Charlie finally fixes the car that her and her father were working on all along.

The Themes Of The Film

Ultimately this film to me is about separation and the rebuilding of relationships. Both Bee and Charlie go through a process of losing something they love, finding stability on their own and then realising that this state of solitude ultimately makes them weaker. It’s a neat little subtext that showcases that at the core of this film is a message of friendship and family that really elevates it above the rest of the series.

So, what are your thoughts on Bumblebee? Did you enjoy the film and what do you hope to see with the franchise going forward?