We’ve been getting a whole host of new leaked images for the upcoming Black Widow Movie that tease that everything is not as it seems.

Throughout this video, I’m going to be breaking down the new behind the scenes images of General Ross and how it confirms several things about the film.

Now there will be heavy spoilers here, so if you aren’t fully caught up on the mcu then I highly suggest that you turn off now. We will be going over one of the biggest moments in Avengers Endgame so get a beer and go play some Fortnite instead if you don’t want anything ruined.

With that out the way I just wanna give a huge thank you for checking this out, now let’s get into our theory breakdown.

Ok so one of the biggest moments in Black Widow centered around the character’s death after she sacrificed herself in order to get the soul stone from Vormir.

Though the Avengers tried to bring the character back, it was to no avail and she still remained dead at the close of the movie…though they never gave her a funeral.

Anyway, this left some people scratching their heads as her upcoming film, the aptly titled Black Widow has a release date of 2020. Now, from trailers shown at Comic-con and the confirmation that Tony Stark will have a cameo in the film, we know that the majority of the movie will be set right after the events of Civil War with Widow going on the run from the Government for Aiding Cap and Bucky in their escape.

However, there are some new, behind the scenes photos that have just reached the internet that confirm that the film will simply be just a prequel. The images that leaked to the Reddit thread, Marvel Studio Spoilers, show a much much older and frailer General Ross and, if this is due to take place immediately after Civil War and before Infinity War, then it’s safe to assume he had a pretty tough paper round in that time.

However, it does look like it indeed confirms that parts of the film at the very least will be taking place after the events of Avengers Endgame in which the character will have aged 5 years and look a lot older.

If this is the case then I’d say a lot more weight can be put into the theory that Black Widow is actually alive after the events of Endgame and that the world is aware of it. 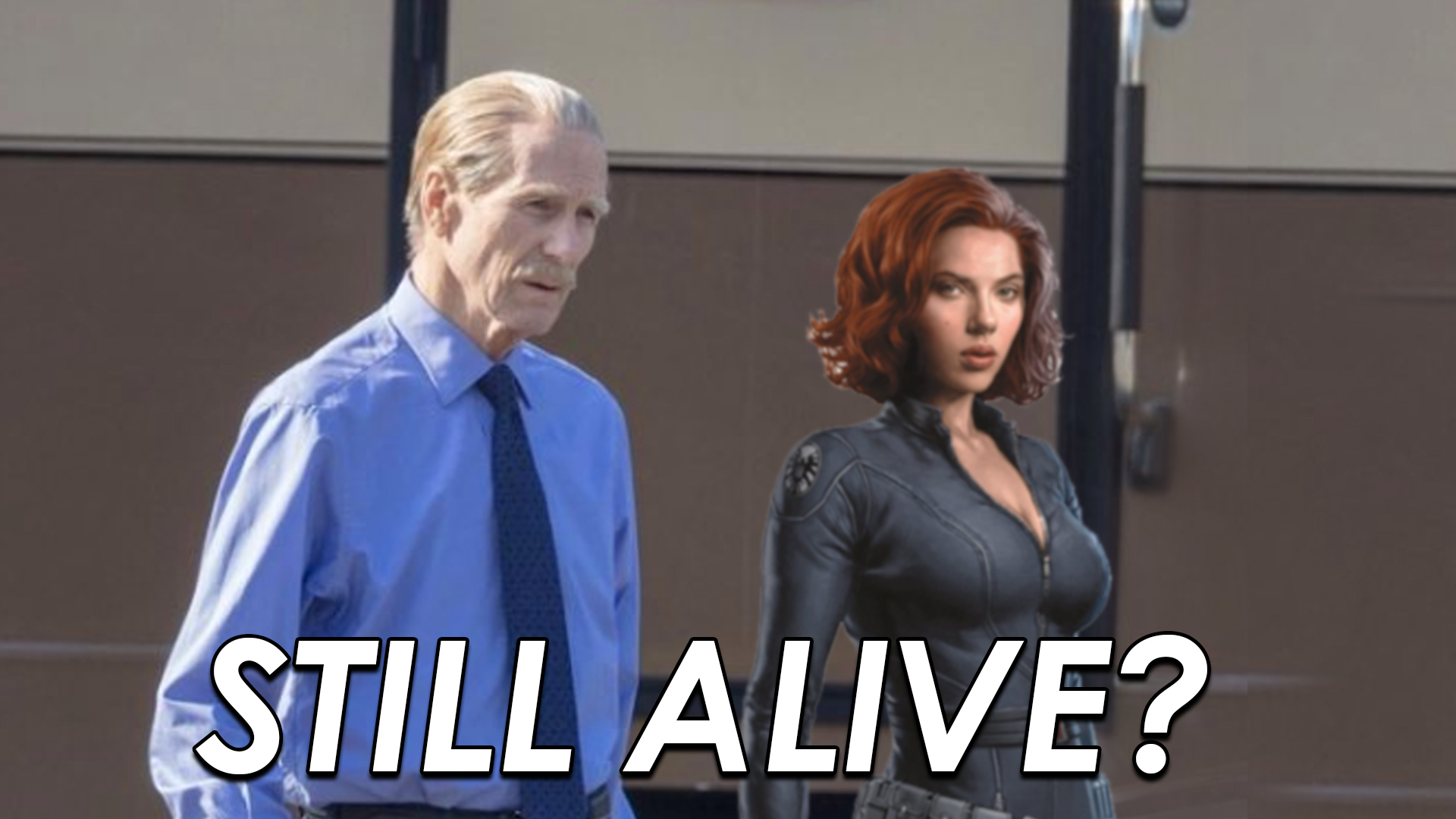 Personally I believe that the ending of her solo outing will show her waking up on Vormir after the Hulks snap brings her back. Whilst the big green giant believe that he failed, if he had’ve succeeded he still would not have known as her body would still be on Vormir in 2014.

This behind the scene photo shows that we will at least get details on the current state of the MCU with Ross potentially learning of her return. Now, there’s one of two ways that I think this could go, either we cut to Natasha waking up on the planet and then cut to black in the post-credits scene or we follow Cap arriving on Vormir to return the Soul Stone and he either exchanges it for her life or discovers that her body is no l0nger there.

I definitely think that if this solo film does well then Marvel will want to continue with the character and it doesn’t make sense for a character to just have a standalone movie in a franchise that is full of trilogies and cross overs.

Now, there are also theories that this could actually be a tease at the Red Hulk in which an Aging Ross, who in the comics becomes the character, ends up being experimented on as a way to prolong his life.

This itself could be the post-credits scene and it may tease the introduction of the Thunderbolts.

This too makes a lot of sense and it could also prove to be correct with this being a big step towards the rumored Red Hulk film that is currently floating about the internet.

Personally I’m really excited by this image and I’m glad that the film will at least in some form or another tell the present situation of the Marvel Universe instead of simply being a retread over what we already know. Obviously I’d love to hear your thoughts on this image if you agree with my theory or have a completely different one.