Skip to content
Bird Box: Ending Explained & What The Mons...

Bird Box has finally arrived on Netflix. Similar to the source material the post apocalyptic film follows a woman and her two children making a treacherous journey in order to find safety.

There is obviously a lot to unpack from the film and throughout this article, I will be breaking down everything that you need to know about the movie as well as it’s ending.

There will of course be heavy spoilers so if you’re yet to see the film then I highly suggest that you turn off now.

For everyone else, I’m Deffinition and Welcome to the website where I ruin it so you don’t have to.

We follow Mallory, a mother of two as she sets out on a perilous in order to reach Sanctuary.

The world is a desolate landscape due to the invasion of mysterious creatures that cause their victims to commit suicide upon seeing them.

We never get confirmation as to exactly what they are but there are several theories that range from biological warfare, to demonic forces and it’s even possible that they could all just be fictitious elements of a book that one of the main characters is writing.

Bird Box: What The Monsters Represent

However, personally I believe that the creatures represent depression and this is why they cause their victims to commit suicide. The monsters are often shown to be dark shadows that overwhelm the characters. Several of the characters are seen muttering personal aspects of tragic moments from their past and it’s apparent that the creatures are able to manifest in such a way that living another second becomes agony for those who bear witness to them.

Mallory’s disconnection from both of her children and the world in general too could be representative of prenatal and post-natal depression brought on by her pregnancy.

The biggest signifier of the monsters manifestation as depression, however,r is confirmed not by the people that they effect but rather the ones that they don’t. 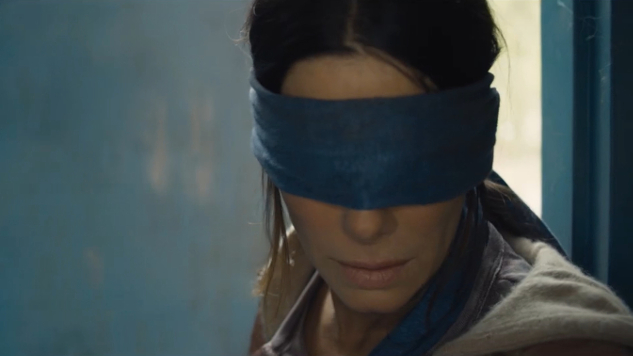 Throughout the film Mallory and the rest of the survivors she incorporates with come across several people who have not only witnessed the creatures but also seemed enlightened by them. These people were labelled as crazy but to me, they represent depression caused by mental health issues.

These characters have obviously faced their deepest and darkest fears already and dealt with them internally, thus when they encounter the monsters they have nothing to fear as they have already faced and come to appreciate the worst aspects of themselves.

Thus, when they face the creatures externally instead of internally they are able to embrace them due to the realisation that everything that they thought was wrong with them is now the way the world is and they are no longer a minority forced to hide themselves from the world in order to fit in. Perhaps this is why they seem so desperate to force others to see their internal troubles externalised and live in a world where they no longer face fear or feel alienated.

The monster effect the eyes when they attack which cements to me that they want people to see the world in a certain way and those who are not already adjusted to this view will become a victim to it.

In the same way that the ‘crazies,’ as they are called, had to overcome a battle within in order to survive, Mallory’s arc too mirrors this. Originally she finds refuge with other survivors when her sister commits suicide during the initial attack by the creatures within the first wave.

Mallory seems completely closed off from the world and is a very cold character until she strikes up a friendship with another woman who happens to be pregnant as well. Mallory takes care of her friends child when she is sadly killed after the survivors mistakingly let someone crazy in who forces the survivors to witness the creatures but she seems unable to build a relationship with the child.

She refuses to give either children a name, referring to them as ‘boy’ and ‘girl’. To me, this is in order to protect herself from the danger that the creatures could potentially use against her. They clearly target personal aspects of their victim so in removing their names she is able to put some distance between herself and them.

However, as the trio journey up the river, Mallory’s eyes are opened to the fact that they are children even though her sight is restricted. 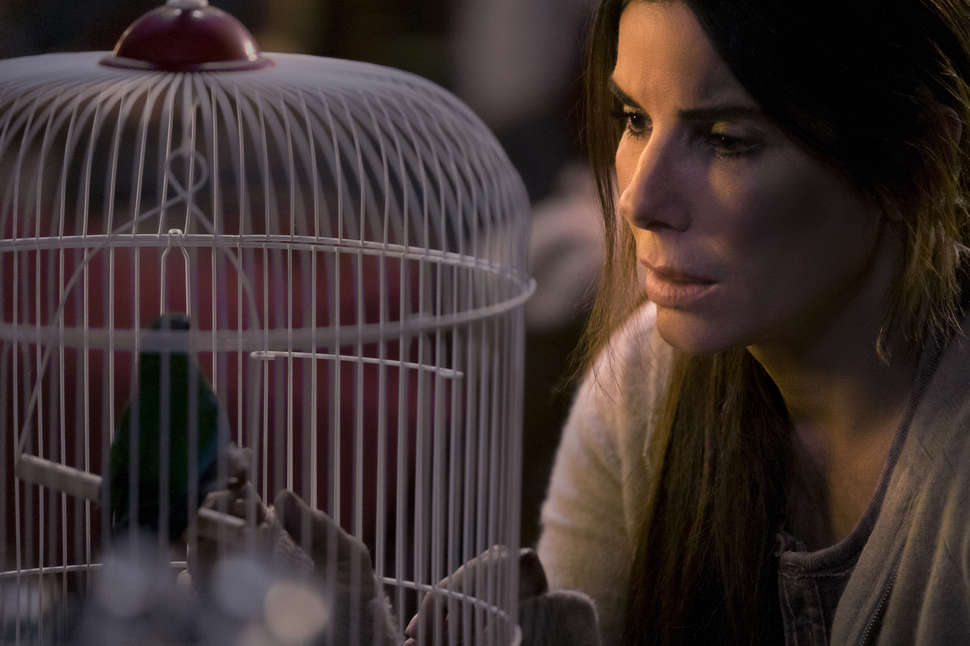 Eventually they make it up river but are attacked on all fronts by the creatures, with the monsters using vocal cues and calls to tempt the children to take their blind folds off. Just as they are about to close in, Mallory screams ‘don’t take my children away from me’ which causes them to retreat slightly. Personally, I believe that they are no longer able to attack the group because they have shared a bond that would relieve them of all depression and they would provide support. Whereas the group of characters all suffered from a loss in some way with their partners either being dead or missing. Mallory is now complete and able to care and become attached to something which prevents her from becoming a target.

In the end, she reaches the Sanctuary which is revealed to be Janet’s School for the Blind. At the Sanctuary, Mallory meets the nurse that treated her during her pregnancy and introduces them by their names for the first time, Olivia, named after her mother and Tom, a man that Mallory fell in love with during the apocalypse.

Mallory sets the birds free from the titular bird box which symbolises that she is finally able to let her children fly from the nest which of course has similarities to the story Tom told that the children were fascinated with.

It’s a touching moment and Mallory is finally able to watch her children spread their wings and fly, safe in the knowledge that they will no longer face the darkness and will be able to embrace happiness.

So, what did you think of Bird Box? Personally, I loved the film and thought it had a lot of depth to it so I’m quite surprised that it’s getting mixed reviews across the board. I found it engaging, well acted due to its phenomenal cast and a film with a lot more below the surface.

Obviously I’d love to hear your thoughts on it so make sure you leave them in the comments below!